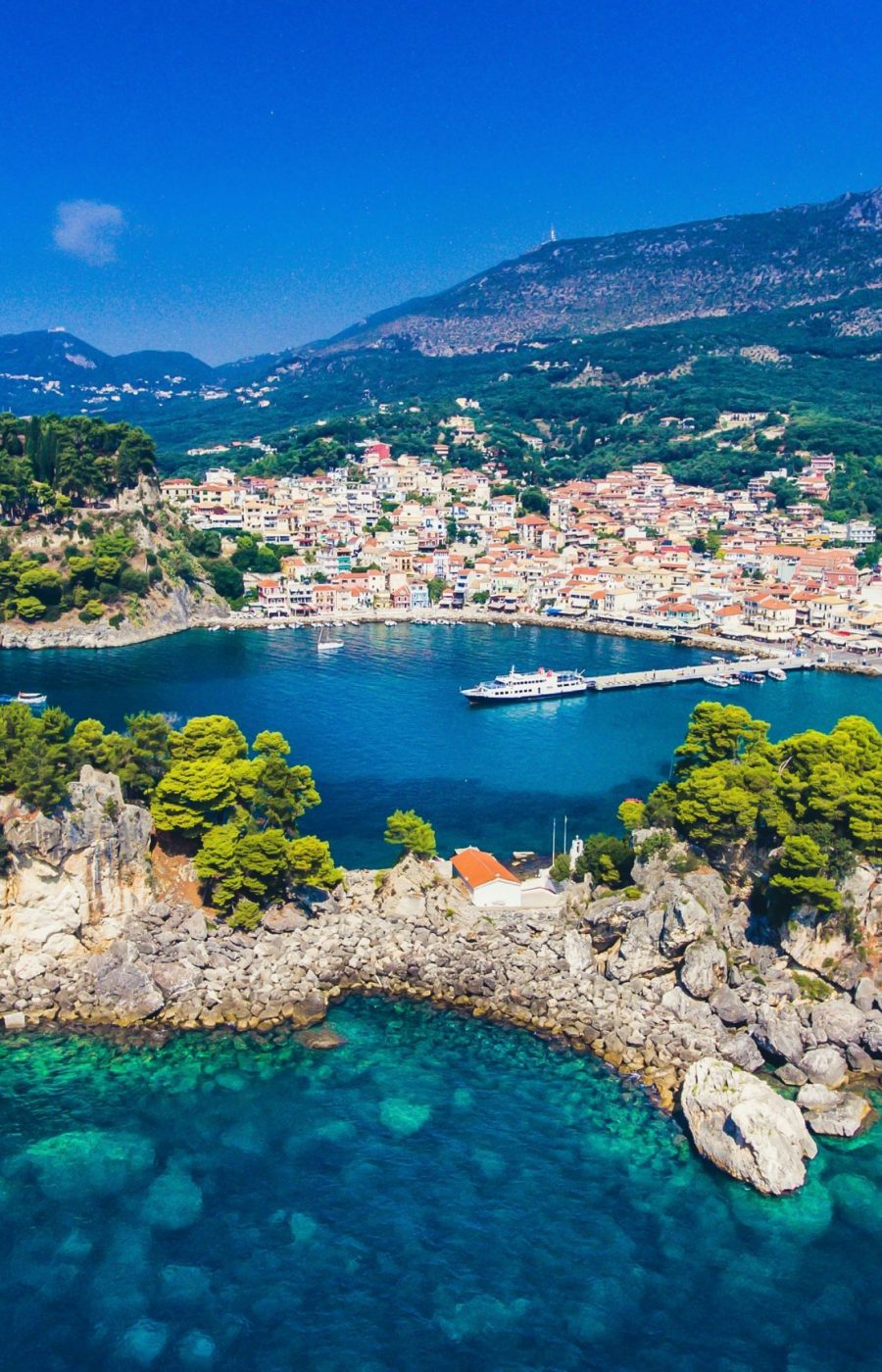 City amphitheatrically built, Parga is a picturesque resort situated between the coastal region of Preveza and Igoumenitsa and combines uniquely mountain and sea. One of the most picturesque and cosmopolitan places in northwestern Greece, the “Bride of Epirus”, the beautiful Parga challenges you to experience up close its long history, its diverse natural beauty and hospitality of its inhabitants. Parga is at a distance of 65 km. from the airport of Aktion – Preveza and the summer months is connected with the surrounding islands (Paxos – Antipaxos – Corfu).

In antiquity the area was inhabited the Greek tribe of the Thesprotians. The village of Parga, once known as Hypargos stands from the early 13th century. It was originally built on top of the mountain "Pezovolo". In 1360 the Pargians in order to avoid the attacks of the Albanians transferred the village to its present location.

During that period, with the help of the Normans who held the island of Corfu, the fortress of Parga was built.

In 1401 was signed a treaty with the Venetians, and the rule of Ionian Islands passed to them. The Venetians respected the lifestyle of Pargians who provided in turn, invaluable assistance to the fleet of the Venetians.

At the same time Pargians fought by the side of their compatriots to throw off the Ottoman yoke. As Parga was the only free christian village of Epirus, it was a perfect refuge for persecuted fighters and their families.

In 1797 the area, along with the Ionian Islands and Parga, fell into the hands of the French, and in 1800 proclaimed free city status with broad authority under the protection of the Sublime Porte. In 1817, following a treaty between England and the Ottoman Empire, the English granted Parga to the Ottomans. This resulted in the Good Friday of 1819 where 4000 Pargians having with them the ashes of the bones of their ancestors, their sacred images, flags and a handful of soil from their homeland, exiled themselves in Corfu where they settled in. Therefore they never ceased to dream of returning to a free country and to participate actively in the struggle for liberation.

But they had to wait almost 100 years for this. Parga and the rest of Epirus was liberated from the Ottoman rule on 1913 following the victory of Greece in the Balkan Wars.

Before the construction of the strong castle of Parga that survives till now, the residents of Parga were keeping their city fortified in order to confront the invaders. In 1452 Hatzi Beis took over the fortified place and Parga took it back in 1454. In 1537, Hayreddin Barbarossa demolished the fortress and the town. Before the reconstruction of the castle with the contribution of the Venetians, the Turkish demolished it once again.

In 1792, the Venetians rebuilt for third and last time a perfect strong fortress that stayed impregnable until 1819, despite the attacks especially of Ali Pasa of Ioannina, who besieges them from the castle of Agia-Anthousa.

Venetians created a perfect defence plan, which in combination with the natural fortification made the fortress.

Outside the castle, eight towers placed in different positions completed the defence. Inside the narrow space of citadel there were 400 houses, located in a way so that they occupied only a little room, far away from the seaside.

On this castle the free-besieged population of Parga and Souli fought epic battles and kept their freedom for centuries. From the faucet “Kremasma” the tanks of the castle and the houses were provided with water.

The castle for its provision used the two bays: of Valtos and Pogonia. When Parga was sold to the Ottomans, Ali Pasha enhanced it even more and put on its top its harem and its Turkish bath, improving radically the rooms of the castle.

On this castle, the free-besieged population of Parga and Souli fought epic battles and kept their freedom for centuries. On the arched gate of entrance, on the wall, you can see the winged lion of Agios Markos, the name “ANTONIO BERVASS 1764”, emblems of Ali Pasha, two-headed eagles and relative inscriptions.

Archways, gun emplacement rooms, supplies lodges, strong bastions with gun safe boxes, safe boxes of small arms, secret passage to the sea, barracks, jails, warehouses and two block-houses at the last defense line: prove the perfection of the defense plan, which along with the natural fortification made the fortress unconquered. 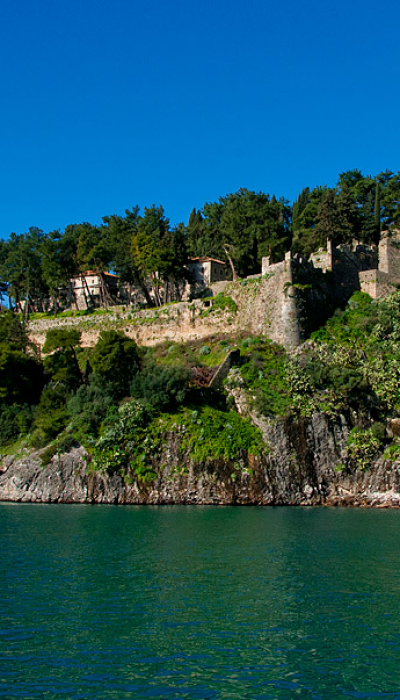 The historic Venetian castle of the city

The islet with the church of Panagia

The ecclesiastical museum in the city center

The church of Agios Nikolaos, Patron Saint of Parga

The Monastery of Agia Vlacherna

The picturesque cobbled streets in the city

The castle "of Ali Pasha" in Anthousa

The natural caves in Lichnos

The dozens of churches inside the city

The small church in Ai.Sosti under the rock in a unique landscape above the homonymous beach

This website uses cookies to improve your experience while you navigate through the website. Out of these cookies, the cookies that are categorized as necessary are stored on your browser as they are essential for the working of basic functionalities of the website. We also use third-party cookies that help us analyze and understand how you use this website. These cookies will be stored in your browser only with your consent. You also have the option to opt-out of these cookies. But opting out of some of these cookies may have an effect on your browsing experience.
Necessary Always Enabled
Necessary cookies are absolutely essential for the website to function properly. This category only includes cookies that ensures basic functionalities and security features of the website. These cookies do not store any personal information.
Non-necessary
Any cookies that may not be particularly necessary for the website to function and is used specifically to collect user personal data via analytics, ads, other embedded contents are termed as non-necessary cookies. It is mandatory to procure user consent prior to running these cookies on your website.
SAVE & ACCEPT